First we will make a BingoBallHopper class that will make all 75 bingo balls, and randomly selecting them one at a time, keeping track of which ones were called. To save time here is the BingoBall.java class, the BingoHopperTester, and the starter code BingoHopper.java. You just have to finish the constructor, the nextBall() method and called() method. Read the comments above each for the details. 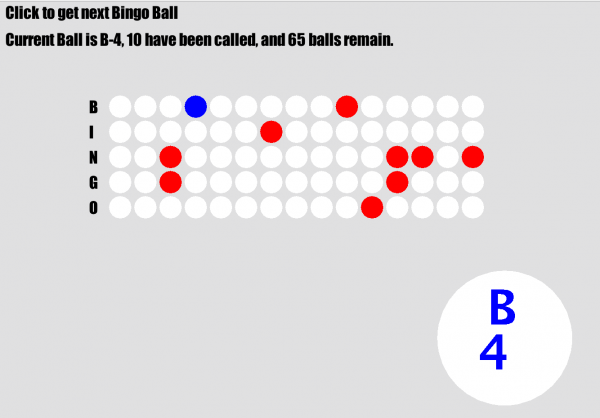 Next we turn to the player's Bingo cards. We will make a clickable box for each square that we'll call the BingoCell class, then make a 5×5 grid of these which we will call the BingoBoard class. 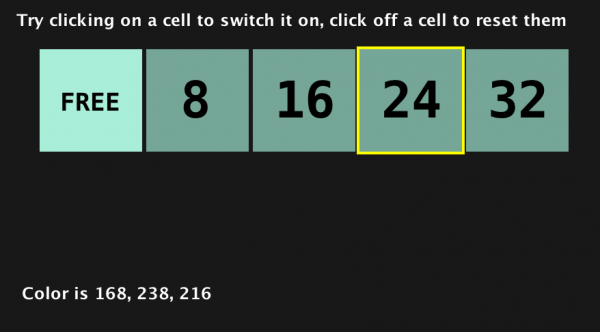 The BingoBoard class will need: 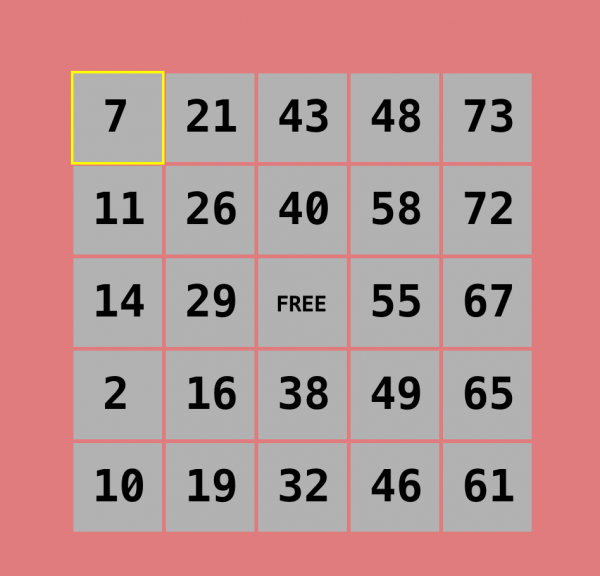