Greed Game The Greed Game is something I was told was invented by Rex Bogs. It is a fun party game that is based on “pressing your luck” on five rounds of throwing a die. The points accumulate until the number 2 is cast. Before the die is cast, players have an option of banking the total. If they think the next roll is not a 2, they keep standing. But if it is a 2, they get zero points for that round. 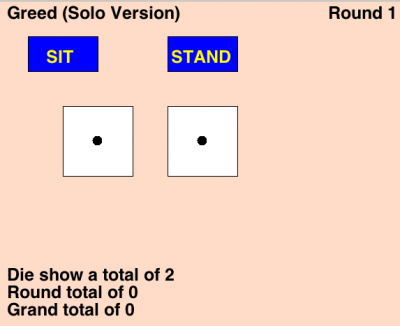